A new biocontrol Tamarixia trioaze, a parasitoid wasp which destroys the Tomato Potato Psyllid (TPP) pest, has been released in Hawke’s Bay and Canterbury.

These initial releases are the start of a wider planned release and monitoring programme that is being supported with funding through the government’s Sustainable Farming Fund (SFF).

The Tomato Potato Psyllid has caused enormous problems for the potato, tomato, capsicum and tamarillo growers in New Zealand since it was discovered here in 2006.

Since then, the industry has been waging a battle to control this insect pest. Tamarixia, a tiny wasp that lays its eggs on the psyllid, which then hatch and eat the psyllid, is a biological control option. Tamarixia is found in the USA and Mexico as a naturally occurring parasitoid of Tomato Potato Psyllid.

The Tamarixia were released onto African boxthorn - a TPP overwintering host, as there are currently no host crops such as potatoes or tomatoes in the ground.

The industry groups involved are now looking at ways of ensuring a supply of Tamarixia will be available for release by commercial growers this summer. 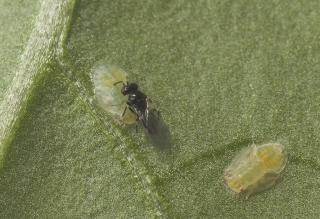 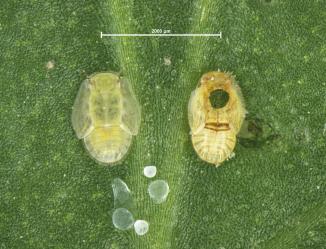